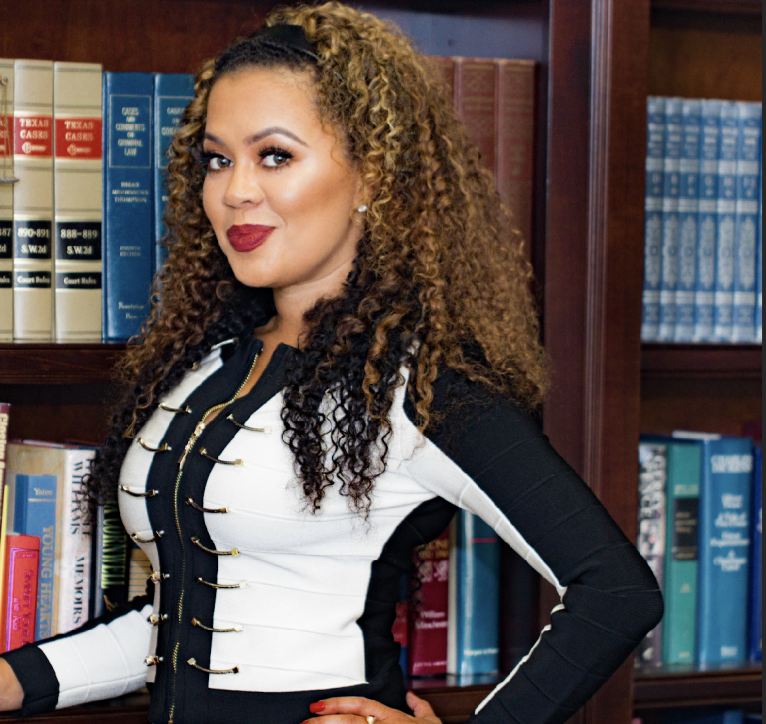 HOUSTON - Txylo -- Beauty, brains and a bold Southern attitude…attorney Symone Redwine heats things all the way up on Season 3 of the Oprah Winfrey Network (OWN) series Ready to Love!

The Dallas native is looking for love on the hit reality television series, and she isn't pulling any punches. "I make good decisions for my clients and bad decisions for my love life," exclaims Redwine. "I don't choose my men, they choose me. Most of the time when I meet a man, it's on vacation, and about ninety days later, I find out that I met his representative, or that he's crazy. My job is stressful, and I can't meet men at work because they're criminals. I can't date my staff; so, the show was the perfect environment to meet potential partners for a successful relationship."

Redwine, who attended the University of Pittsburgh where she studied finance, received her law degree from Cornell University. She practiced fashion and trade law in New York City before returning to Texas where she launched her private practice, Redwine Law Firm with offices in Dallas and Houston. She decided to audition for the show after finding out about it from a friend. She explains, "I had been a huge fan of the show and had seen all of season one, but I didn't live in Atlanta, nor did I want to. When I found out they were casting in Houston, I thought it was the perfect opportunity since I had just moved to Houston for dating purposes." After multiple auditions, Redwine was selected to be part of the cast!

More on Txylo.com
Redwine is no stranger to the entertainment industry. The former child actor appeared in the movie Problem Child and the hit television series Walker, Texas Ranger. She has also been featured in several national commercials, and most recently, was cast in a television pilot filming in Houston. Redwine wants to use her new national platform to also serve as a means to create opportunities to combine her passions for the law and working on air. "I'm the fun and funny, good-time girl, but I'm also very intelligent, fiercely loyal and love to help people with their legal issues," says Redwine. "From consumer law to injury law to helping people get out of bad contracts with slum lords or solving child support claims, I can be a voice for people who need one."

It's Whitely Gilbert meets Judge Judy whenever Symone gets in on the action. From a "bless your heart" to an "I object" she fearlessly makes her case with no apologies. "You either love me or you hate me," muses Redwine. "I'm that girl who will fight to the bitter end for my clients and for my friends. There is no middle ground with me. Right is right, and fair is fair!" And all is fair when you're Ready to Love!

More on Txylo.com
Join Symone on her journey to love every Friday night on OWN at 8 PM CST.