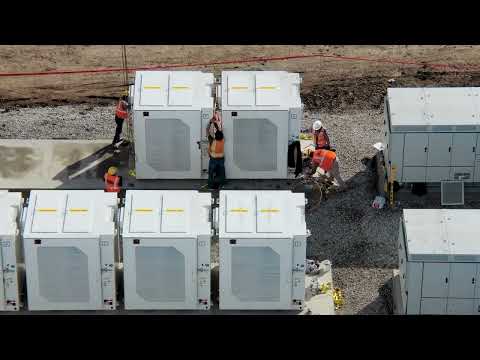 Noble is projected to avoid 450,000 metric tons of carbon dioxide emissions annually during operation and is estimated to produce $26 million in new tax revenue throughout the first 20 years of operation. During peak construction, Noble utilized 600 construction workers and now employs the equivalent of six full-time operations and maintenance workers. A community event celebrating the project's estimated economic and environmental impacts was hosted last year with project customers and partners.

The Home Depot and NRG Energy, Inc. have each executed individual 100 MW solar Power Purchase Agreements (PPA), and The Hershey Company has contracted for a 50 MW solar PPA for Noble.

"The Home Depot is proud of our efforts to reduce our carbon emissions," said Ron Jarvis, Chief Sustainability Officer for The Home Depot. "This partnership will further our renewable energy capacity, as we work towards our pledge of producing or procuring 100 percent renewable electricity equivalent to the electricity needs for all Home Depot facilities by 2030."

More on Txylo.com
"Power plays a significant role in decarbonizing our economy, and we are proud to stand together with other corporate leaders as we bring new renewable developments online," said Robert Gaudette, Executive Vice President of NRG Business. "We look forward to bringing more energy solutions to our customers and our communities as we all embark down a more sustainable and resilient path."

"Noble and similar solar projects make a meaningful impact toward achieving our ambitious science-based targets," said Leigh Horner, Vice President of Global Sustainability and Corporate Communications at The Hershey Company. "Through continued investment in solar energy and other initiatives, we're on track to reduce Scope 1 and Scope 2 emissions by more than 50 percent and Scope 3 by 25 percent by 2030."

Adam Smith, First Solar's Vice President of Global Business Development, said, "As America's solar company, we're proud that our technology will power this project, which, in turn, will power businesses and communities in Texas. This is yet another milestone in our journey with National Grid Renewables, and we thank them for their continued trust in our technology."

More on Txylo.com
"We are honored to be a part of National Grid Renewables' first utility-scale solar plus energy storage project to help deliver clean and reliable energy in the ERCOT market," said John Zahurancik, SVP & President of Americas at Fluence. "This project is a great example of how solar plus storage deployments deliver impactful environmental benefits and reliable energy. We are proud to stand alongside leaders like National Grid Renewables, working shoulder to shoulder with energy users and suppliers to support the clean energy transition."

"The Noble project is a great example of what can be accomplished with the right partners that share the same vision," stated Ryan Johnson, President of Signal Energy. "Signal is truly humbled to be a part of this monumental project that helps create a sustainable energy future."