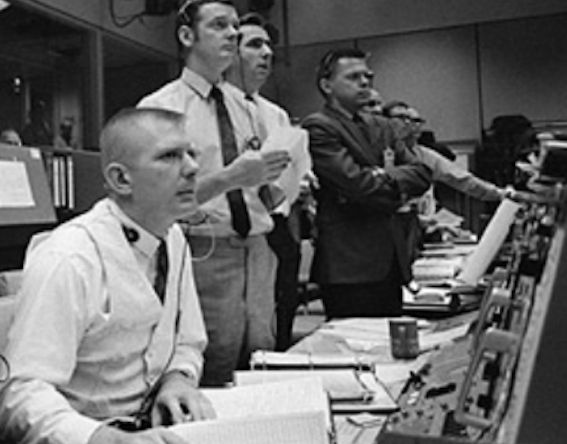 "Congratulations Kevin Stirling. Your film "MARCH TO THE MOON" shines a light on these battle-tested Flight Directors and serves as an important reminder of their efforts in helping NASA achieve President Kennedy's goal for audiences of all ages," said J. Hunter Todd, Worldfest-Houston Founding Director.

More on Txylo.com
"I am thrilled and honored to win the 2020 Gold NASA REMI award for MARCH TO THE MOON. This year, as we celebrate another anniversary of Apollo 11, we must pause and recognize not only these timeless achievements, but also remember how difficult it was in 1969, and the many challenges that NASA and these Flight Directors overcame in order to safely get to the Moon and back," said Kevin Stirling, the film's producer, and director.

"I am happy and honored to introduce my father's artistic talents to a new audience: movie art fans. Congratulations and Thank You Dad!"

With his newly released 'MARCH TO THE MOON,' Kevin Stirling has successfully produced numerous award-winning spaceflight/NASA-themed films that have screened nationally including: 'MOON BEAT,' 'HOUSTON, WE HAVE A SPACE JUNK PROBLEM,' 'APOLLO 8: A CHRISTMAS MOON,' and 'GO FOR LANDING.'

More on Txylo.com
"Space exploration and history fascinate me and I am drawn to producing films, programs, and historical documentaries, especially for television," Stirling said. "Today we have amazing platforms like PBS, History Channel, Discovery, NASA TV Documentaries, Curiosity Stream, Disney, NatGeo, A&E TV, ViacomCBS & CNNFilms to name a few. It's an exciting time with so many cable networks, OTT & streaming services looking for TV programming ideas and content for their audiences."

Stirling, a director, producer, and editor, provides a broad range of film and television services through his production company NCI Film Productions and can be reached for corporate/commercial film/TV projects (domestic & foreign) at info@mtmthemovie.com