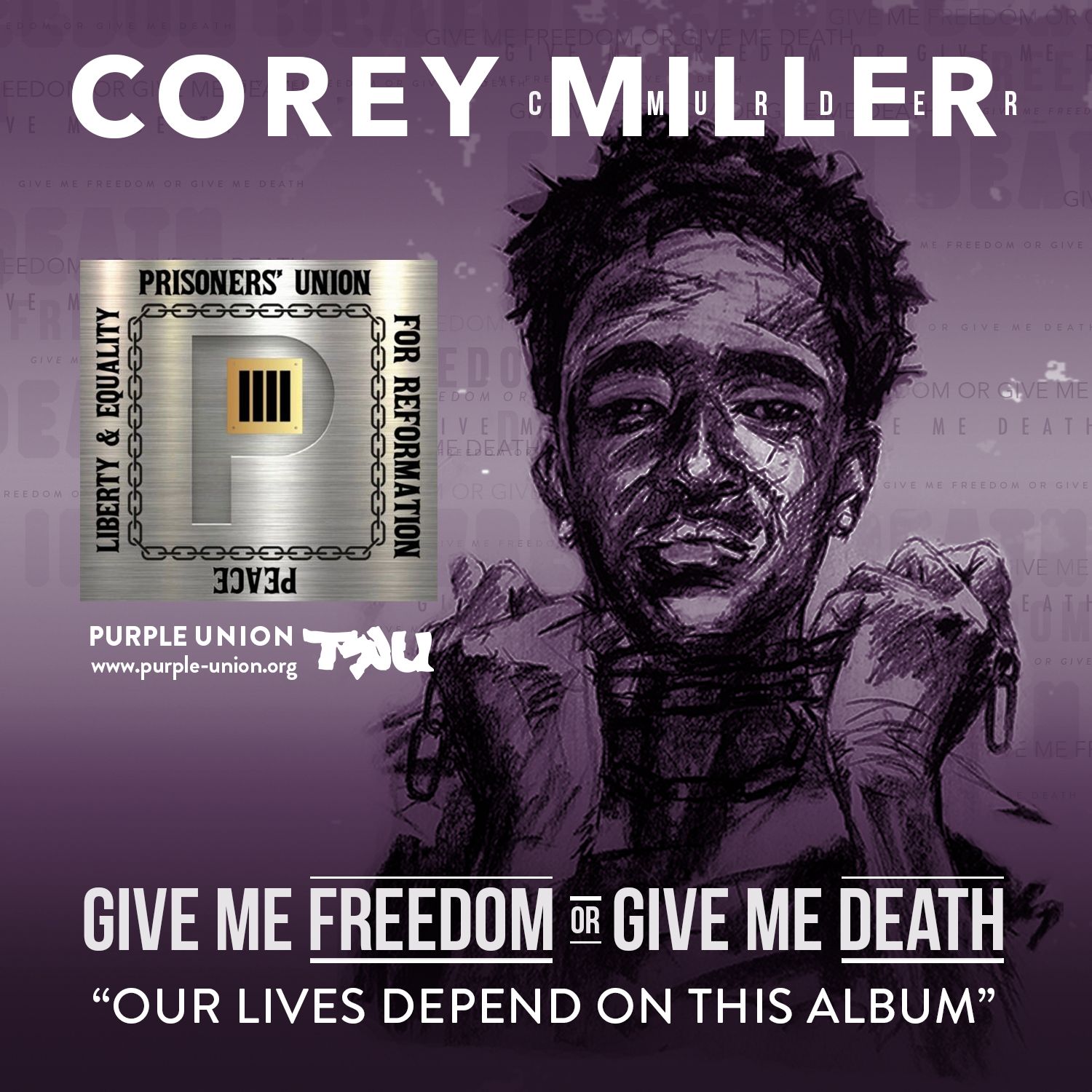 C Murder Give Me Freedom or Give Me Death Official Release Date: August 20, 2021
NEW ORLEANS - Txylo -- Multi-Platinum selling New Orleans artist C-Murder officially releases "Give Me Freedom or Give Me Death". The release marks C-Murders 10th official studio album and will be his most controversial body of work as a recording artist today. The lead single from the 15 tracks is entitled "Pain on My Chest" it features Virgo, the voice behind the Ghost Town Dj's Mega Platinum selling hit "My Boo" from the SoSo Def Bass All-stars compilation album and the viral 2016 Running Man challenge. Executive Producer credits are Corey Miller/C-Murder and Steven Johnson, Co-Executive Production by Multi Platinum selling, Grammy Nominated Engineer and Producer Dale "Rambro" Ramsey of Da Papa Roc- Z Productions/Ramtrax and Sabrina Green.  Give Me Freedom or Give Me Death is distributed by Urban Life Distribution/ Rap Bay, the release is available at retail and all digital outlets everywhere.  https://urbanlife.lnk.to/c_murder

More on Txylo.com
Stream Give Me Freedom or Give Me Death here:  https://open.spotify.com/album/1RuDAJsMAdQ6AkuCZHt0f2

Give Me Freedom or Give Me Death is an audio diary bursting with lyrical imagery of oppression, hope, faith, and grace. A statement that will no doubt satisfy the listeners need for realism and inspiration. The release is C-Murders first solo album in 12 years and marks a milestone in his career as this is C-Murders 10th Studio album.

Corey Miller, better known by his stage name C-Murder, is an American rapper, songwriter, actor, and US. Army Veteran. He initially gained fame in the mid-1990s as a part of his brother Master P's label No Limit Records. He is known primarily as a member of the label's super group, TRU. Throughout his career, Miller released several solo albums through No Limit Records, which earned Gold, Platinum & Multi-Platinum RIAA status. In total, Miller has released over nine albums on various labels and distribution companies.

More on Txylo.com
In 2002, Miller was arrested in connection with the murder of 16-year-old Steve Thomas and with no weapon or DNA evidence, was sentenced to life in prison after a jury's 10 -2 verdict, on August 14, 2009. Miller is serving his sentence at Elyan Hunt a Louisiana State Penitentiary.  Controversy surrounding witnesses involved in Miller's trial came to light in 2018 when two key witnesses recanted their statements, claiming they had been pressured into testifying against Miller by authorities. Miller maintains his innocence.