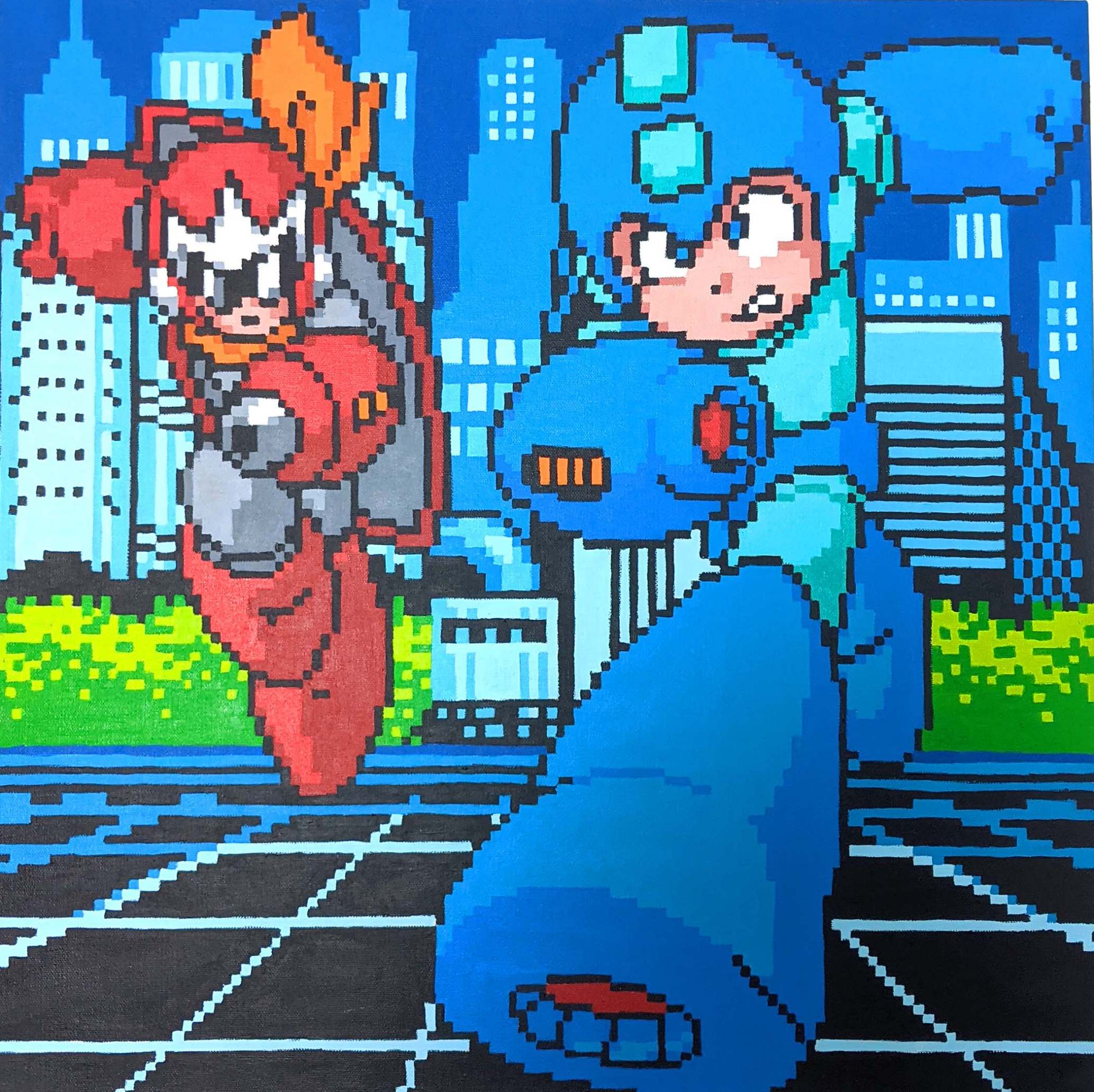 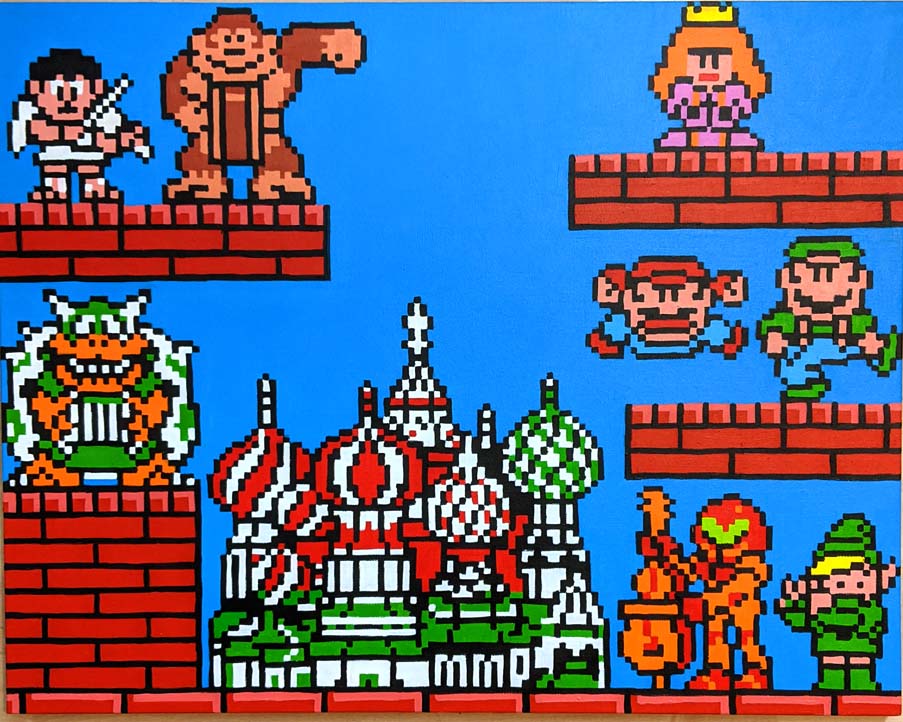 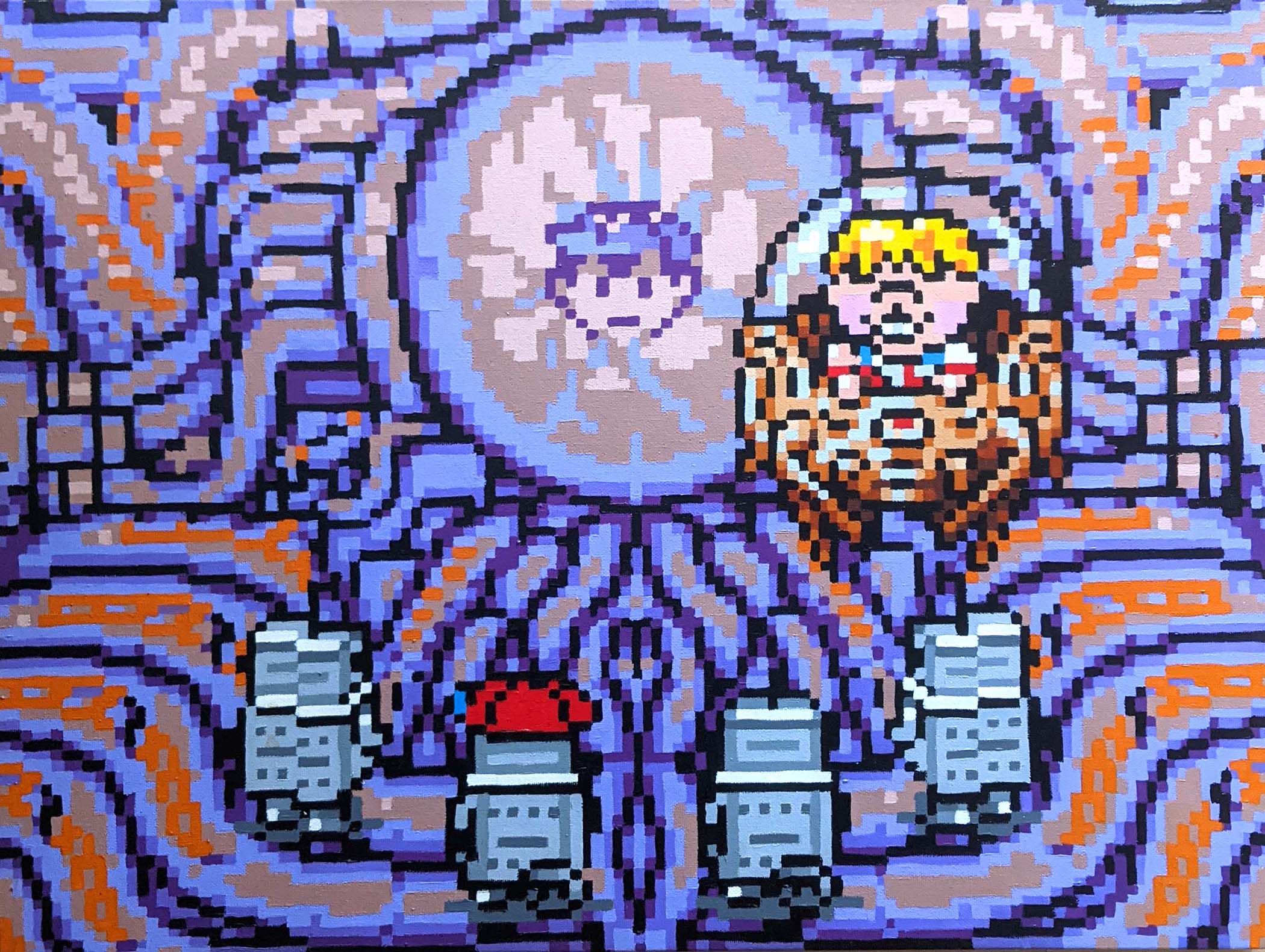 Trigonal Gallery presents pixel artist Adam Shub. His show runs from July 14 to August 9. Located at Strictly CBD in Jersey City, New Jersey. The show is also available digitally on Artsy.
JERSEY CITY, N.J. - Txylo -- This summer, gamers have gotta go fast if they want to enjoy the rare retro-inspired creations of Adam Shub, also known as Squarepainter. Recognized for his pixel paintings that bring classic video game scenes and characters to life, Shub has found a way to merge fine art and pop culture in the style of a modern-day Andy Warhol. His handcrafted works featuring iconic characters from Super Mario Bros., The Legend of Zelda, and more are the star attractions at the latest show from Trigonal Gallery.

Trigonal, an innovative gallery showcasing emerging artists and revolutionary digital works, is proud to present Shub's newest and most notable pieces in this exhibition. Artworks now available on Artsy include the Street Fighter, Streets of Rage Showdown and You Are a Tetris Master, based on the NES game's cutscene where Nintendo's most beloved characters congratulate the winner. Serious art collectors and game enthusiasts should particularly note Legend of the Dragon Ninja. Portrayed on a 24 x 48-inch canvas are a montage of cut scenes from NES's Ninja Gaiden.

More on Txylo.com
The physical show titled GAME ON: The Pixel Paintings of Adam Shub, opens to the general public July 14th and runs until August 9th at Strictly CBD in Jersey City, New Jersey. Strictly CBD, founded by Jeffrey Devine, is one of New Jersey's most pioneering CBD and hemp retail stores.

Gamers may be familiar with Shub from the cult favorite YouTube series Living in 8 Bits, and his collaborations with the online community Retroware TV. What many may not realize is the painstaking effort the artist puts into his creations; he hand-grids every pixel onto the canvas and can spend months on a detailed scene. His favorite game of all time is Earthbound for the SNES system, and he often produces parodies or mashups inspired by the series' universe, such as a painting that showed the Stranger Things cast inside an Earthbound scene.

More on Txylo.com
With an indie gaming boom paying homage to retro titles and nostalgic game culture boosted by last year's quarantine conditions, the time is now right to celebrate artists like Shub who are giving these pop symbols the power to cut across industries and generations for a strong, positive message.